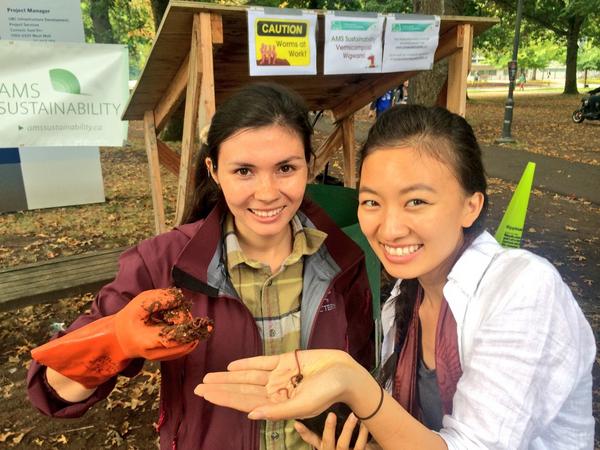 The fate of your food scraps

What happens to the food that doesn’t make it to your mouth? That bit of leftover pizza you were too full to finish, the moldy zucchini that died in your fridge or the peels of the veggies for your delicious stir-fry? Where does it all go?

It turns out it depends basically on your personal choice.  The food you throw out will end up either in a landfill or in a compost bin. If your food scraps follow the first path, they are likely to last many years without even beginning to decompose.  And nope, we are not exaggerating! William Rathje . ( http://en.wikipedia.org/wiki/William_Rathje ) an archaeologist from the University of Arizona, dug into many landfills as part of his research to better understand modern human behavior. He found that food decomposition in landfills doesn’t occur as readily as people used to think. In a famous anecdote he recalls unearthing a closed ceramic bowl that contained a lumpy soft substance. After dusting it off he discovered something completely unexpected: it was guacamole!! Believe it or not, the bright and fresh green surface was long gone, but the inside was still yellowish!

According to an article in The LA Times ( http://articles.latimes.com/1993-07-17/news/mn-14066_1_garbage-project ): “Rathje’s findings have exploded many myths about garbage. In addition to the 25-year-old guacamole, he has discovered several 15-year-old hot dogs in a Staten Island landfill and a 16-year-old T-bone steak in an Illinois landfill”.

Anyone who has dealt with moldy veggies in their fridge would expect food to rot in a landfill in no time. So how could a smashed avocado survive inside a bowl in a hot Arizona landfill for over 25 years? The truth is traditional landfills are actually designed to minimize decomposition, and slow down the production of leachate (the technical name for the smelly garbage juice loaded with toxic waste solutes). Keeping leachate under control is extremely important to avoid underground water pollution. In most landfills, waste is exposed to as little oxygen and moisture as possible, creating unfavorable conditions for microbial activity. What Rathje and others have found is that in those dry anoxic conditions organic matter tends to “mummify”, instead of decompose, which explains the persistence of that zombie guacamole.

The zombie guacamole might sound like a crazy story, but the reality is every single time your throw out your food into the garbage, especially if you leave it inside Styrofoam or a plastic container or inside a plastic bag, you have just started the mummification process yourself. Come back in a couple decades with your grandchildren and your food scraps will be ready for another sad rediscovery.

In landfills the organic matter that does get exposed to bacterial activity will breakdown via anaerobic decomposition, a process that releases large amounts of methane, a greenhouse gas 17 times more potent than CO 2 ! So, if your food makes it to the landfill it will likely contribute to global warming. Clearly not the way to go for the food scraps of a smart person like you.

Luckily, you don’t need to make a daily contribution to climate change every time you throw out your foodscraps.  There are many options to compost your food scraps at UBC and at home. By doing something as simple as using a green bin you can make a big difference. So, the next time you are done cooking or eating, make sure to deposit your leftovers in the nearest Organics bin without any packaging or bits of plastics. And start enjoying the feeling of helping create more food instead of more zombie veggies and more global warming. 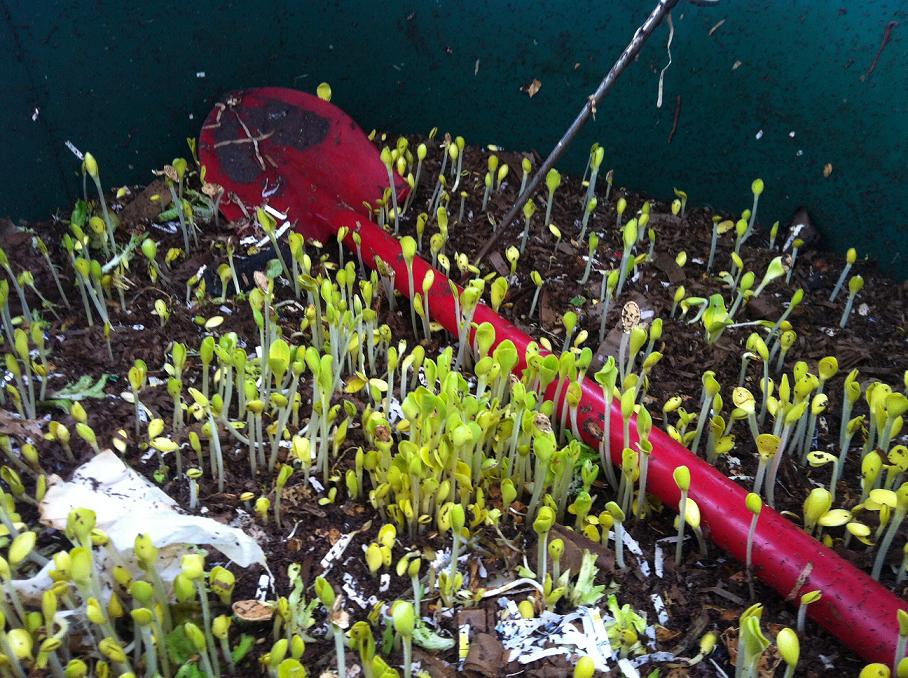 A good indicator for warm weather: when the pumpkin seeds inside the worm compost sprouts like crazy!

Submit your funding application to be considered in our next meeting which will be held mid August! The deadline for applications is August 12.
Apply here!
Thank you for your submissions!

Applications are accepted all year on a rolling basis. There are two meetings held in the summer period. As for the academic year, there are monthly SPF meetings to review your applications.

Please contact Sam, the Sustainability Funds Administrator at [email protected] with any questions about the application process or the fund!